That is all it takes to cross the Andes from Mendoza to Santiago. 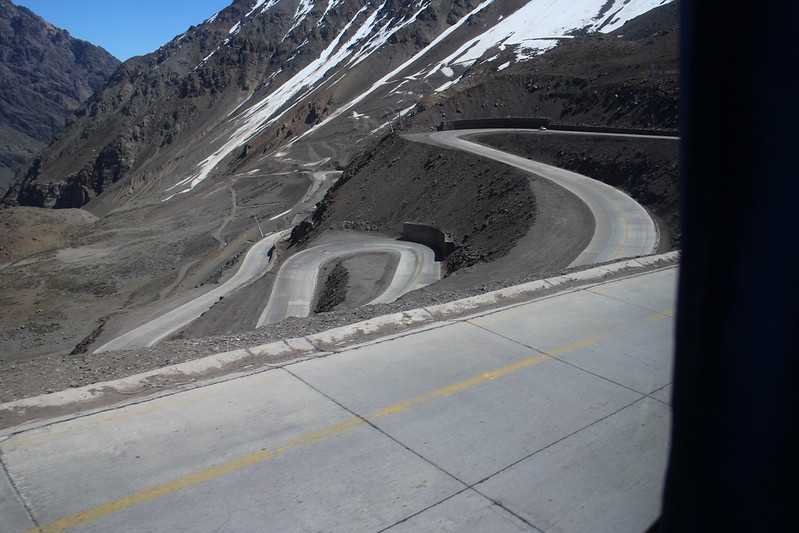 We took an Andesmar bus, one of the more respected private bus companies in Argentina. There are hundreds! They are a very efficient, we easily bought our tickets online in Australia and were lucky enough to score front row seats on the top deck. I was pretty excited… But when the bus turned up at Mendoza station, our front window was covered with that horrible holey stickers that are used for advertising on Adelaide buses. There should be a law against this. You can see the impact on the photos through the front window for yourself. 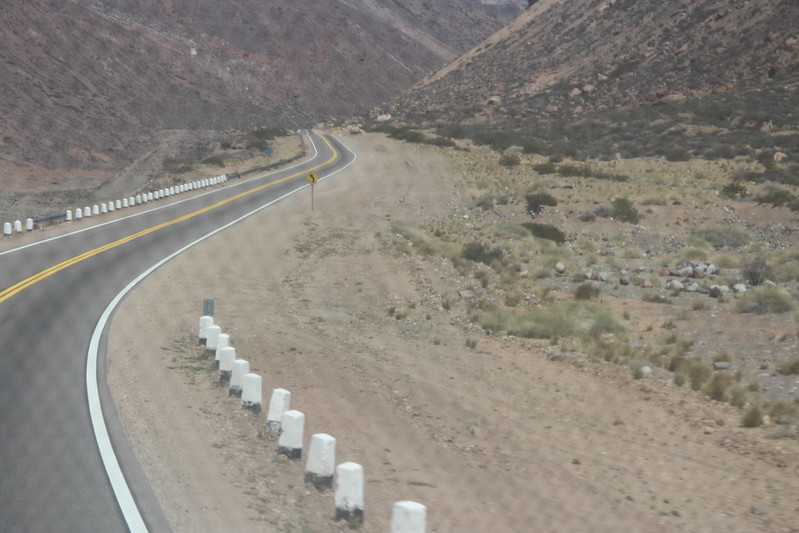 Fortunately many great photos were taken from the side window. 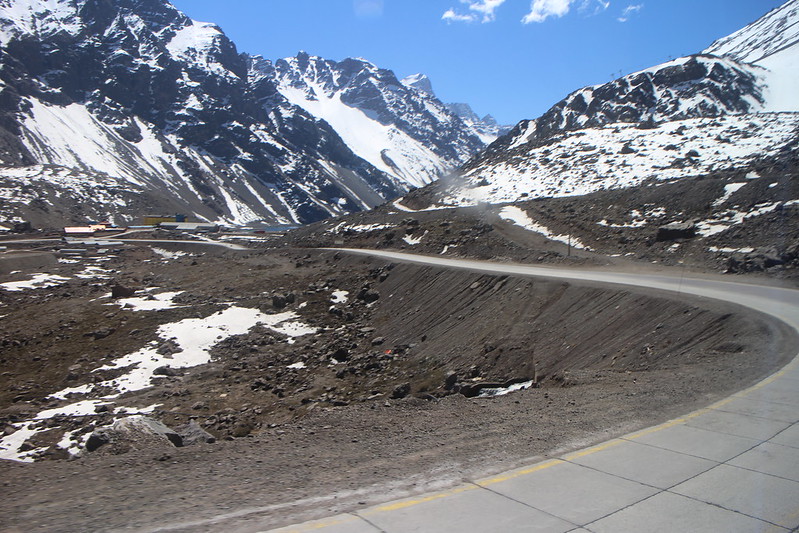 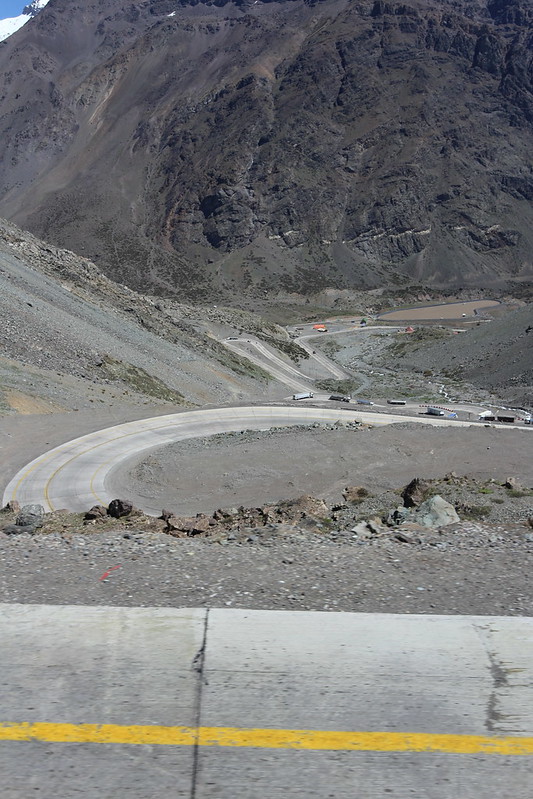 Entertainment was provided with a number of action films, including Robocop and Three Days to Kill. Oddly the sound was in English with Spanish subtitles. Food was provided a glass of coke with sandwich and some fine biscuits with tea/or coffee. 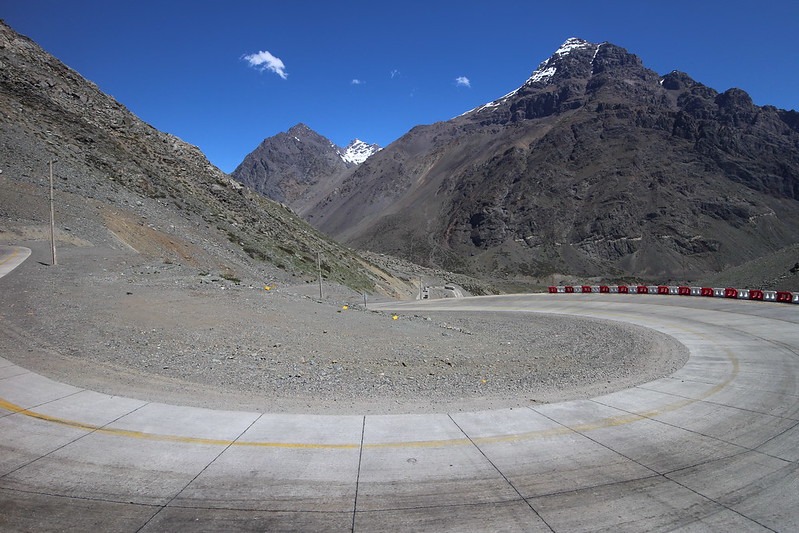 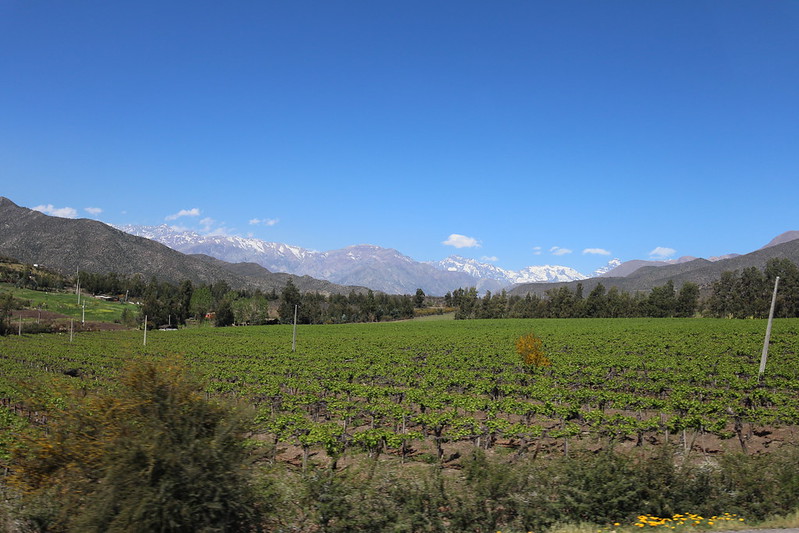 All up for less than $40 each, the value is pretty good. Especially given the roomy seats which are wider than economy class on plane and more legroom!

My only complaints are

1) The anxiety you feel when you get told the bus will leave from one of the gates 16-22 and the bus not being listed on the departures board. To be fair, it turned up with 10 minutes to go. It was loaded up and left before 10:40 not too bad for a 10:30 scheduled start.

2) The strange process of being lined up like naughty children in front of desks at Chilean customs. We became the audience as some poor travellers were admonished for trying to smuggle in too much wine… 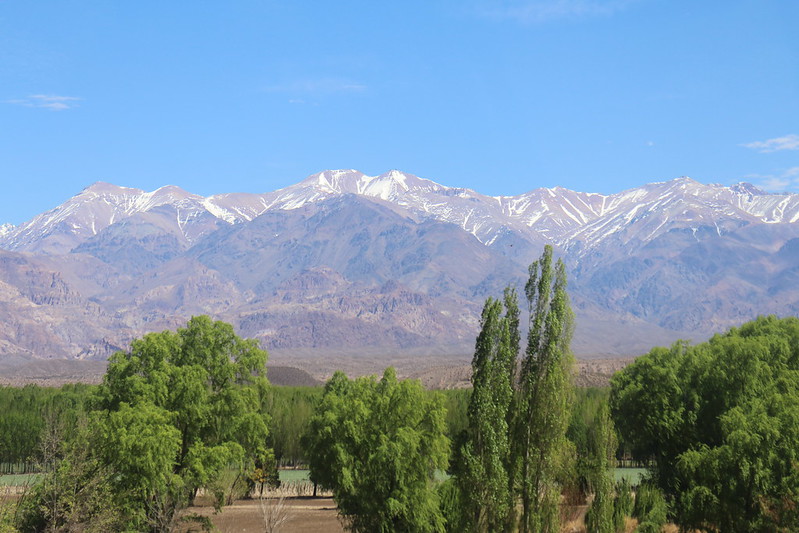 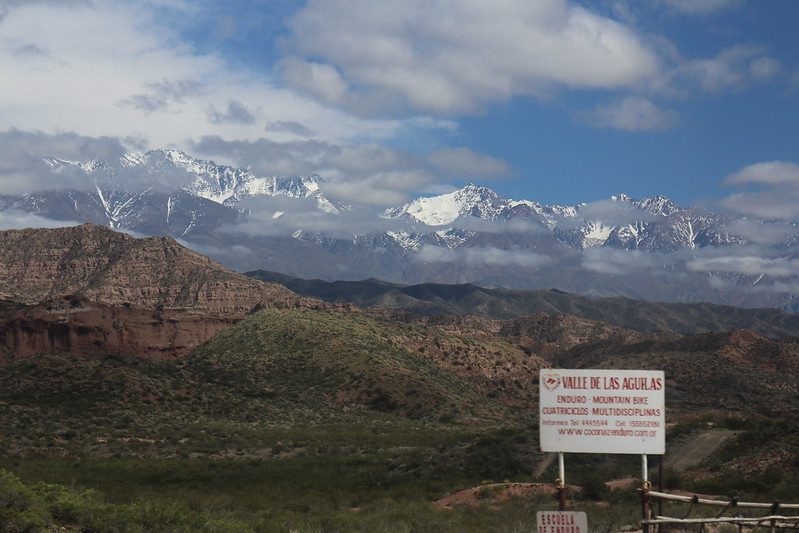