Driving in New Zealand has proved to be interesting.  So far, at least on the West Coast we have passed over many bridges which are only one lane in width. 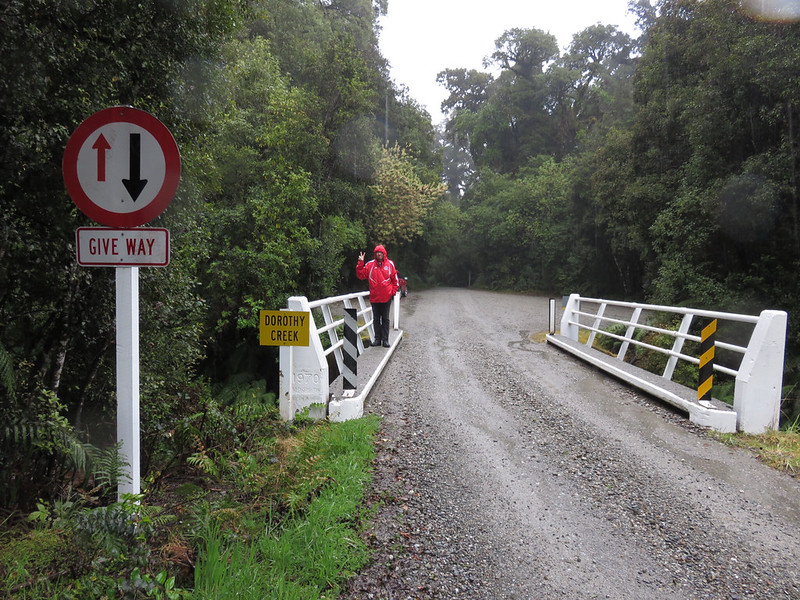 This means quite often you have to give way to traffic coming the other direction!  One bridge we went over near Greymouth was also used by a train, which cars have to give way. 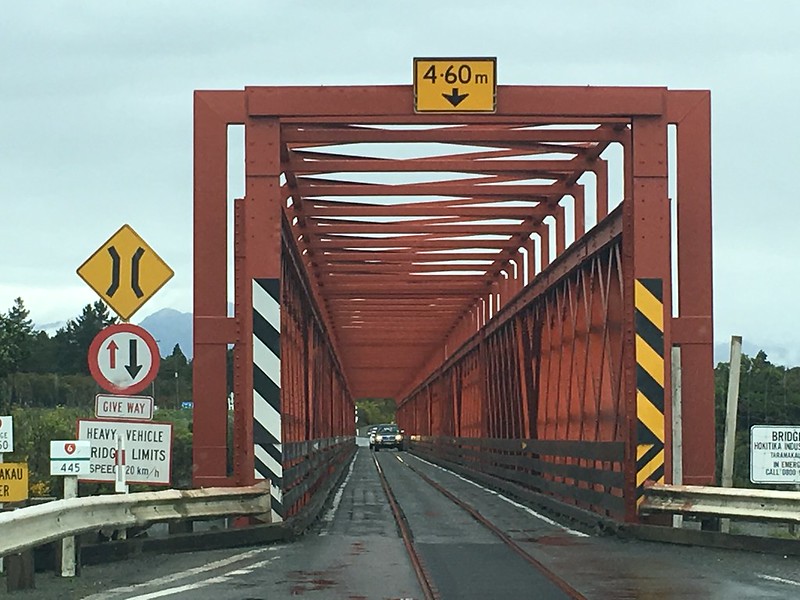 From the photos above you can see the sign next to the bridge, and the smaller arrow refers to the side who has to give way.  Surprisingly enough it does work… But pleased we have not come across a large truck or bus!