On Sunday we cycled The Shimanami Kaido.  It is known as a “must do” route for cyclists.  We had heard about it from our Japanese Brompton friends who have done the route and provided us information.  While we aren’t in Japan for long we thought – yeah we can do 74km+ in a day on our Brompton’s! 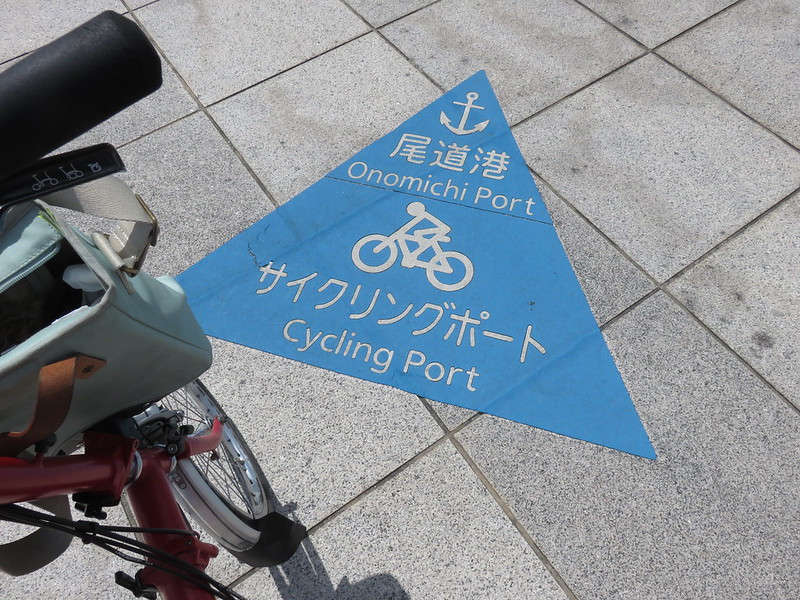 I acknowledge to actually enjoy the area and ride and the number of side options it would be best to stay in the area a number of days. Saying that we planned just a day – and the weather was going to be a perfect 30 degrees. 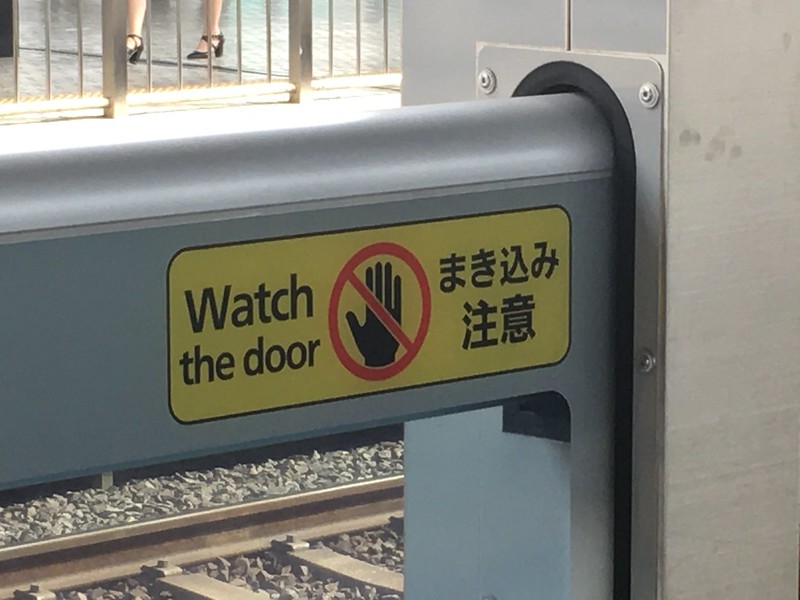 As we were in Kyoto we caught the train (not the cheapest option I know!) to the beginning at Onomichi… and caught the ferry over to the beginning. We were surprised by the number of people who were hiring bikes – here is a photo of a couple!

Here’s he route – we did the red line, which is considered ‘recommended’. There are other options if you have more time or need a challenge! 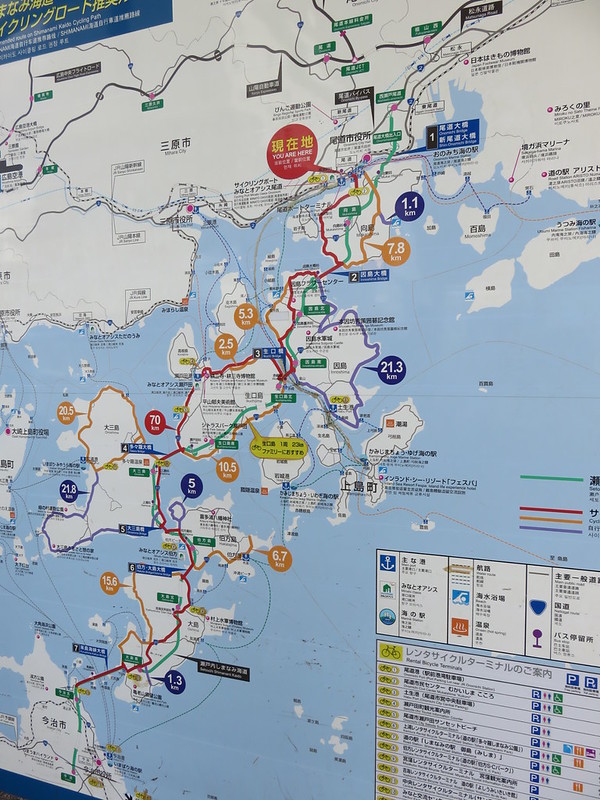 Along the road is a blue line you follow, so it’s hard to get lost. 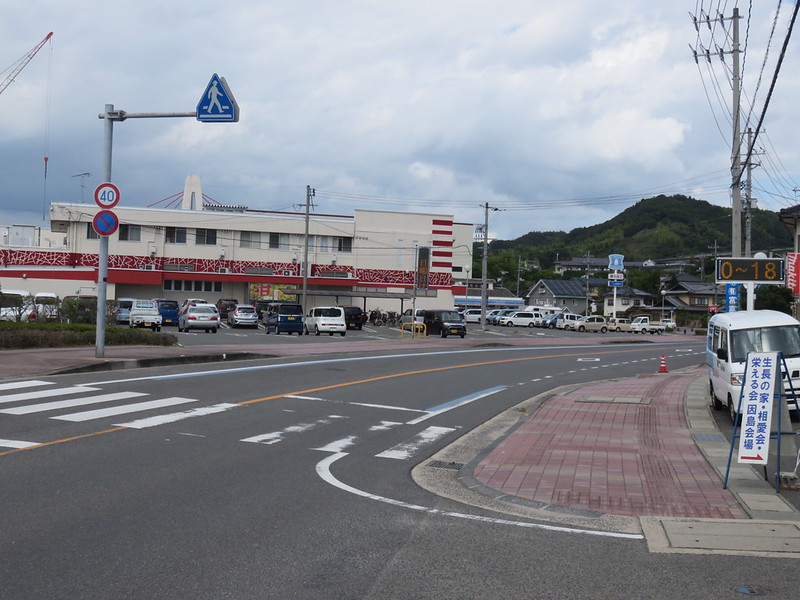 As there area number of bridges, these twoo are well marked for cyclists & pedestrians. 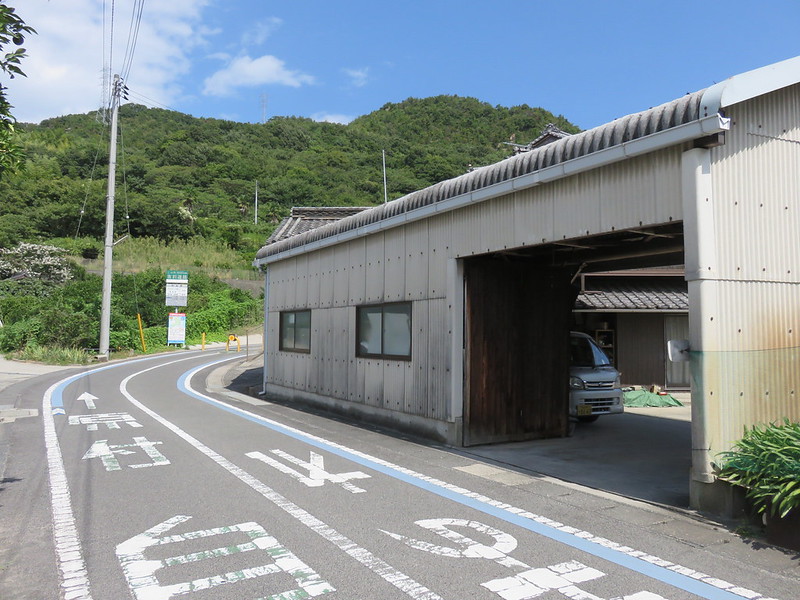 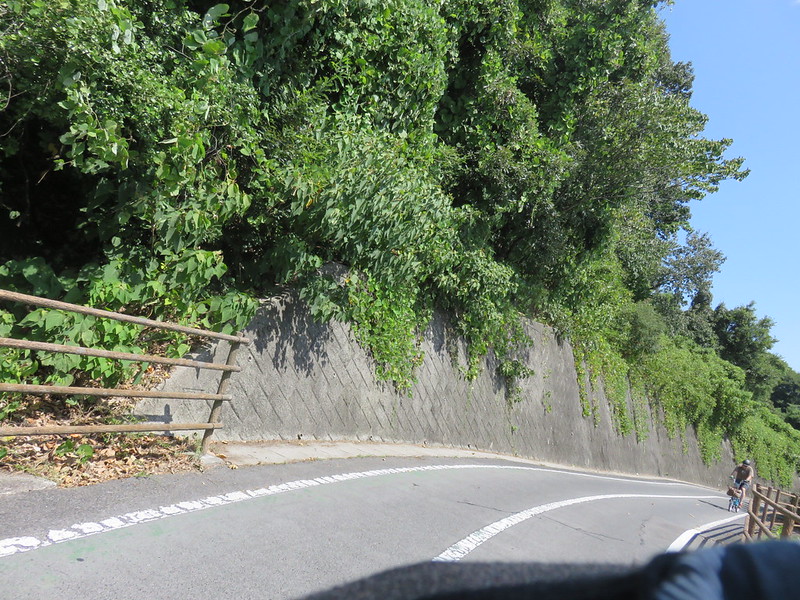 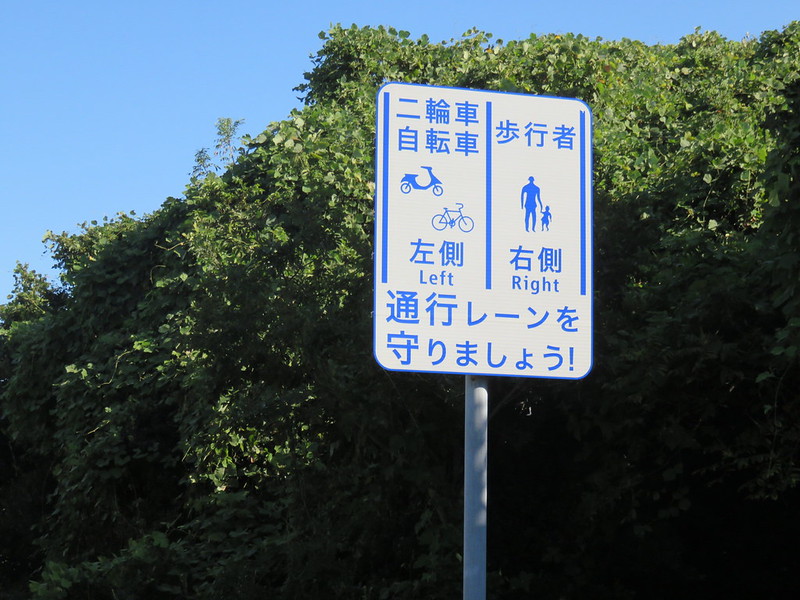 The route takes you through working parts of the island, and areas which specialises in citrus fruit (oranges, lemons etc), so the view is mixed along with mountains and water. 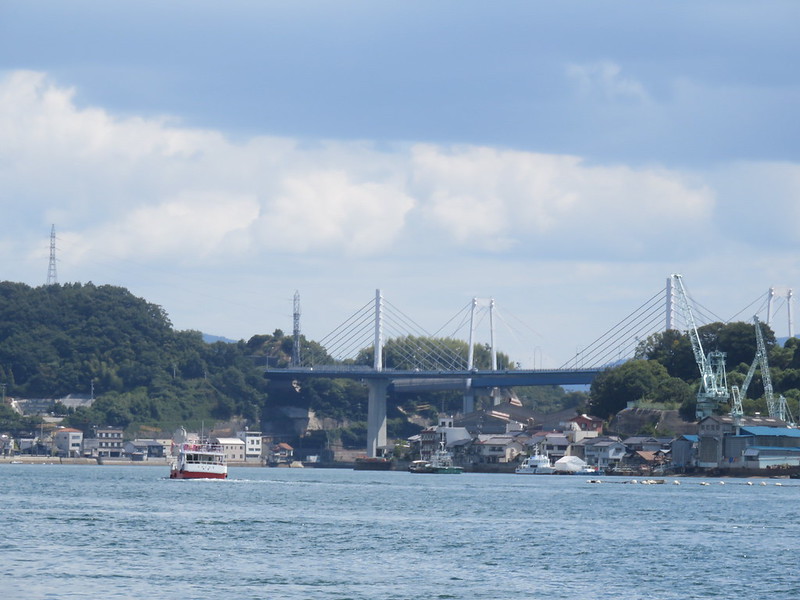 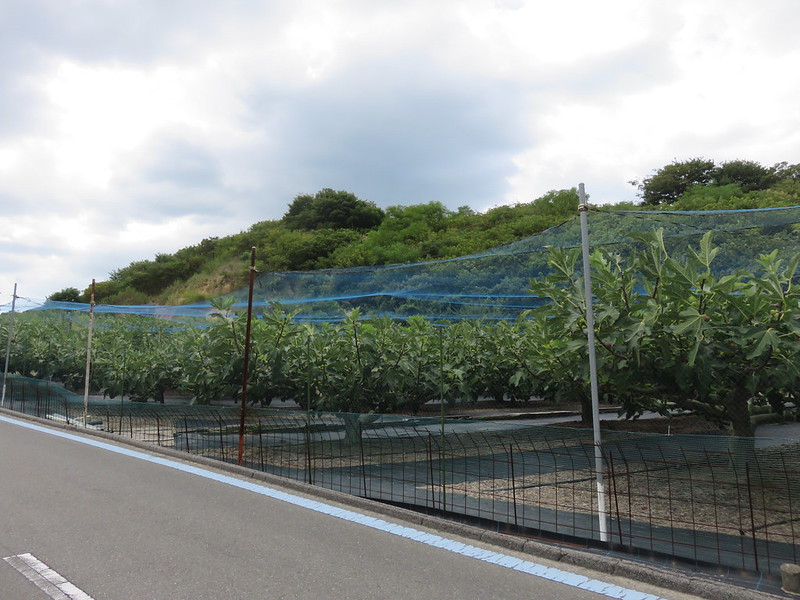 Along the route, there are a number of stops you can make, which have nice views of the area – and occasionally vending machines. 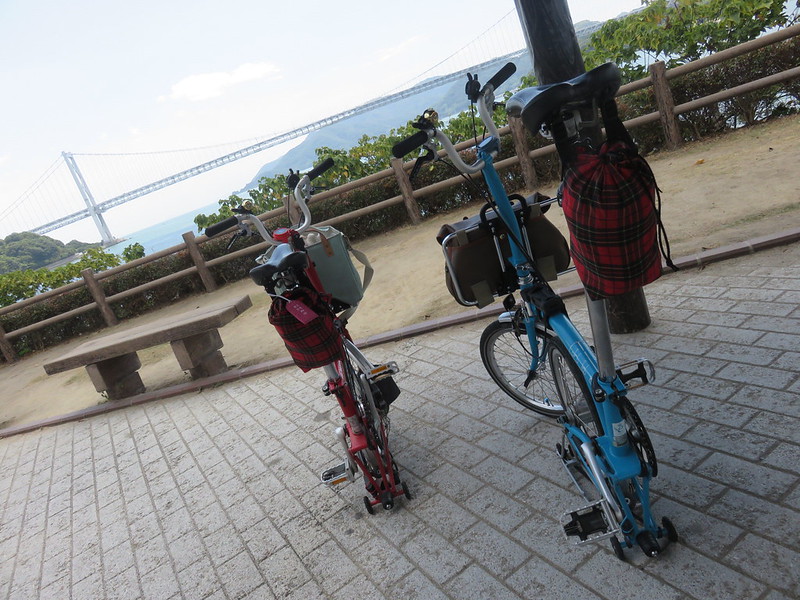 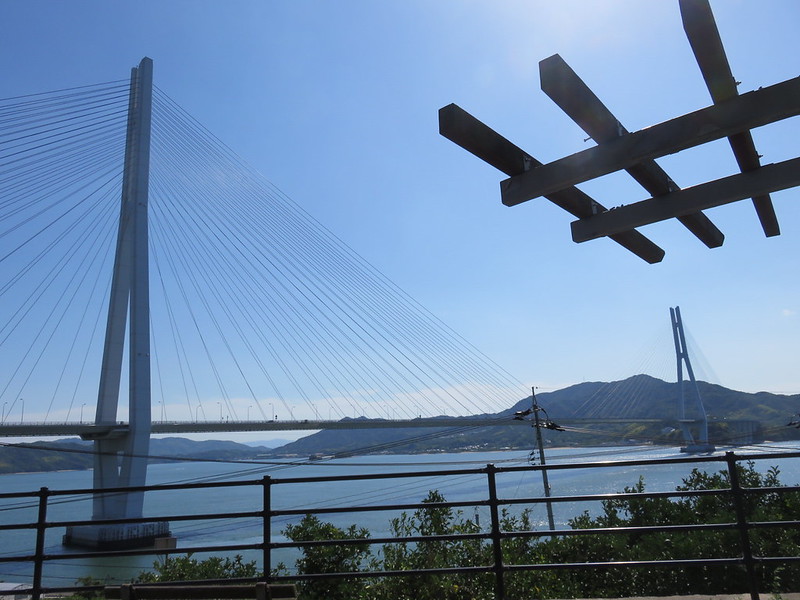 Along the route you are on the same road as cars – although there is opportunity to go on a path along side the road.  The condition of the road is better than many of the cycle lanes in Adelaide (unless of course they have just laid the road).  The drivers were very courteous and gave plenty of space – although there is always one which goes too close! 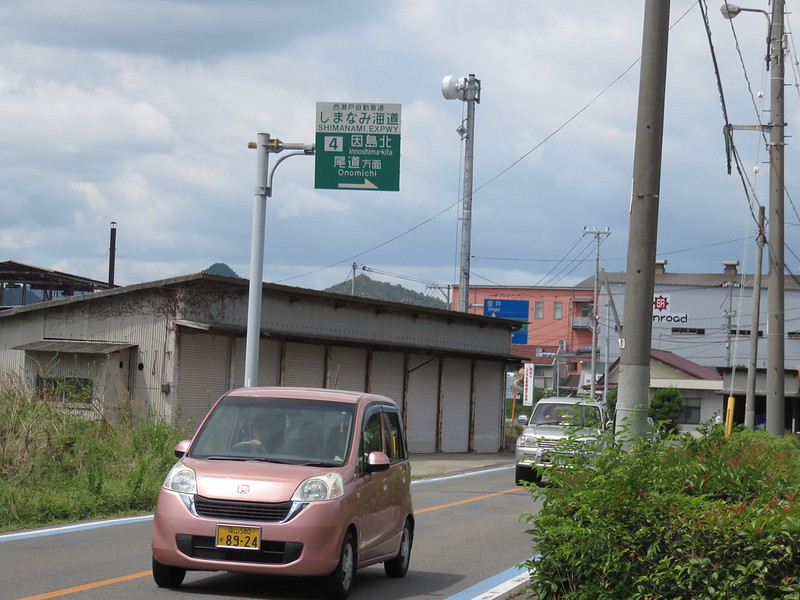 Along the route we stopped at a little cafe for lunch – hot dog and a hamburger (not as any Australian knows it). They were kind as they filled up our water bottles too. 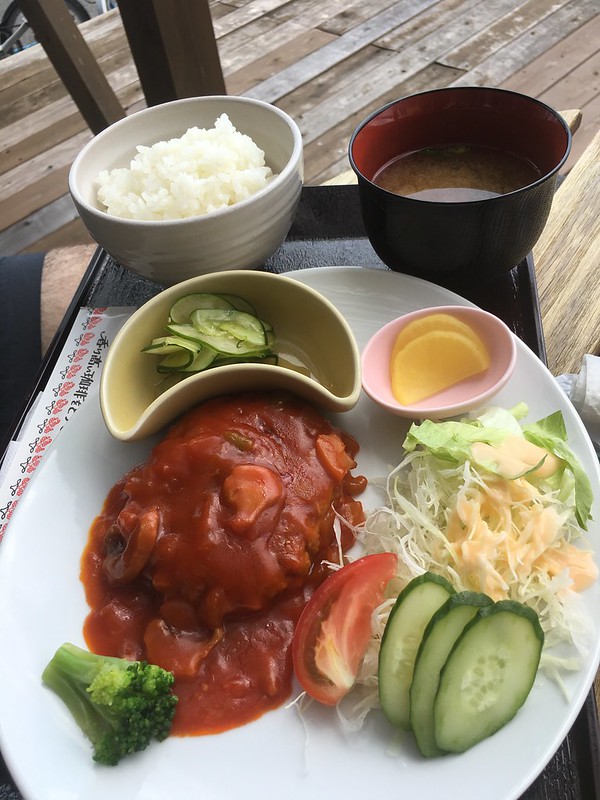 Riding on the bridges was fabulous. Majority of the time there was a separate line from the cars – or underneath. 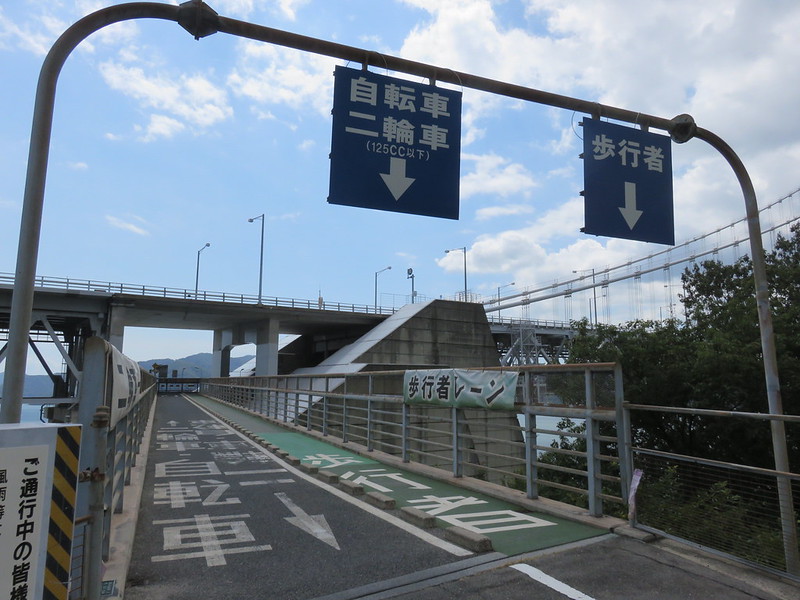 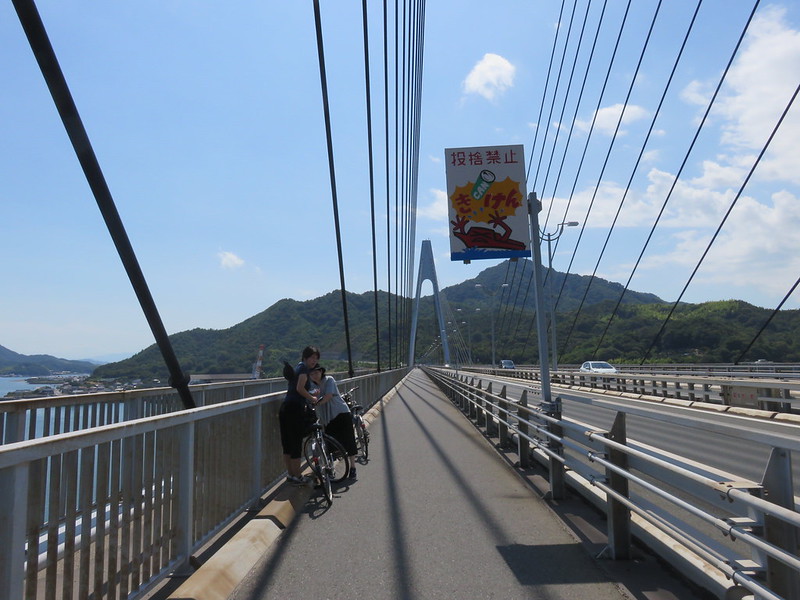 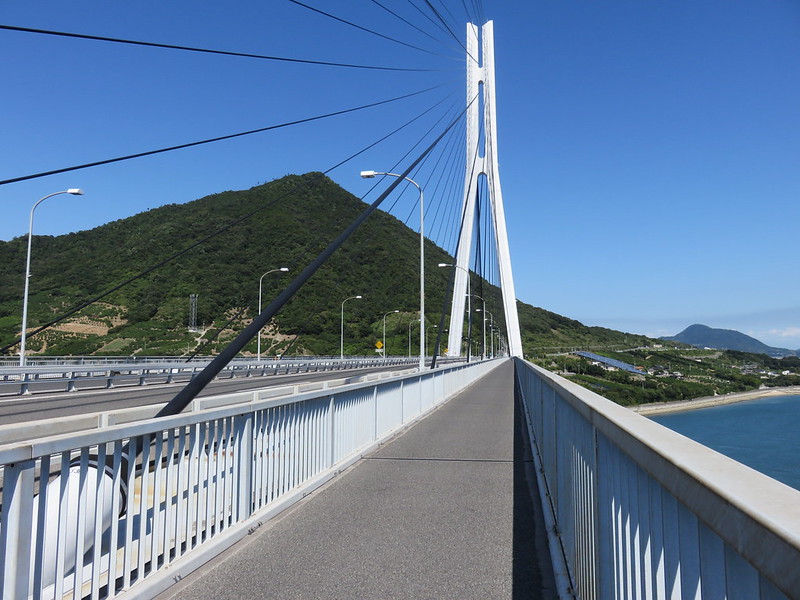 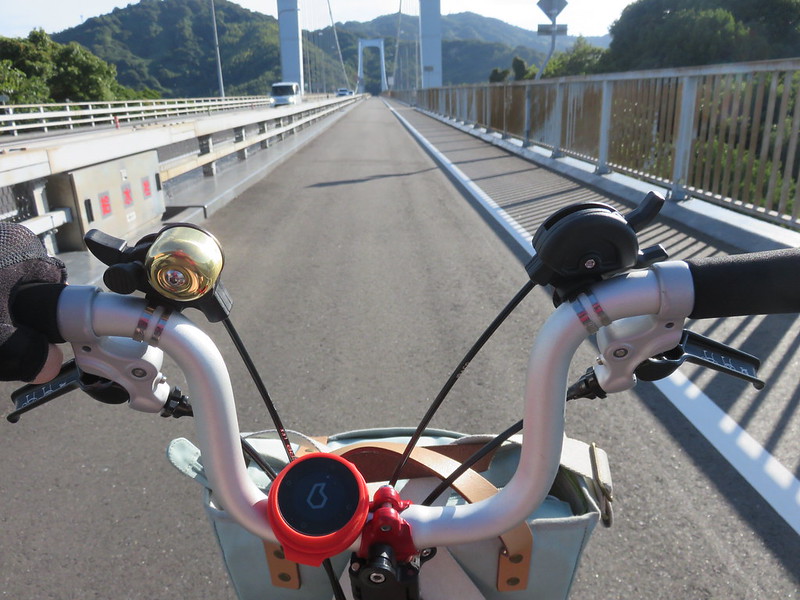 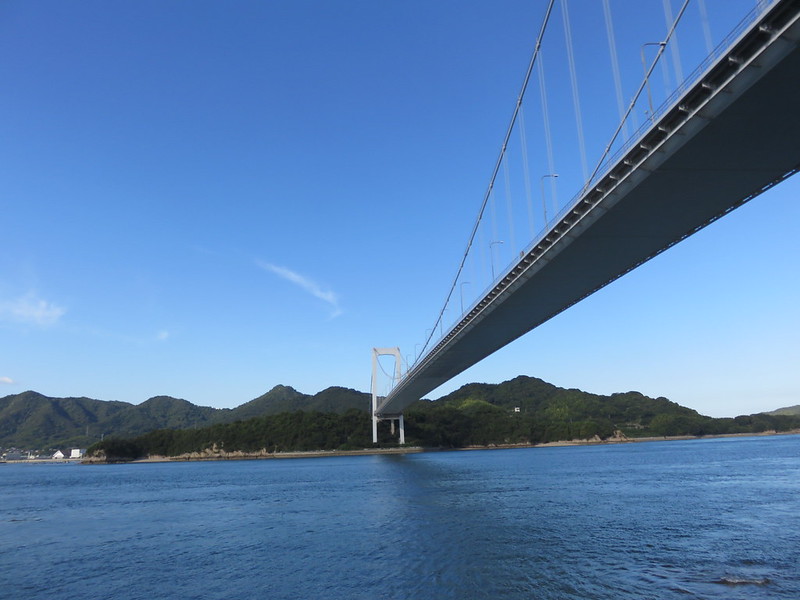 There was one stop in particular (halfway point) which has a lot of spaces for cyclists and sells the local produce along with sweats etc.  we enjoyed a fabulous ice cream which was orange flavoured.  Funnily enough Kym went off to buy it (had to use a vending machine to get a ticket).. and had some assistance from a Japanese person, and came back and said “I should of let you do that…” haha 🙂 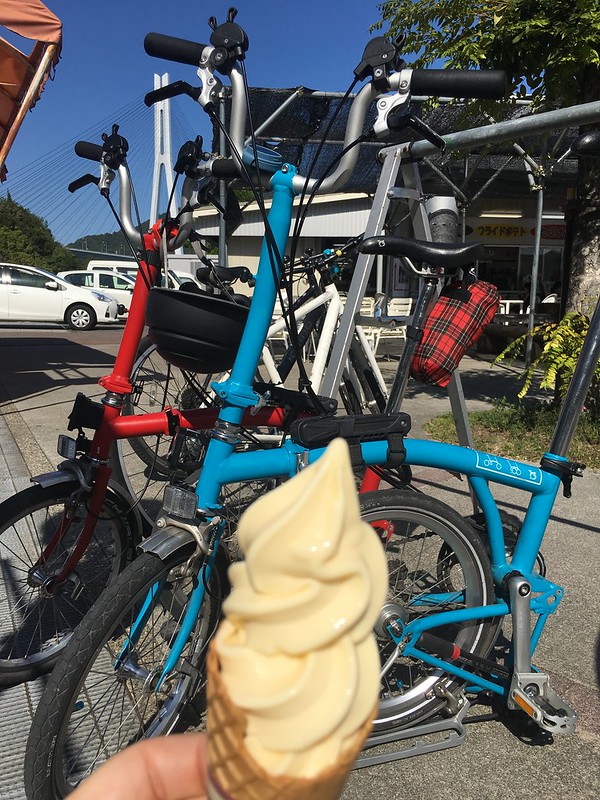 The ride itself was perfect – we really enjoyed it.  Along the recommended route there are a few small challenges to get up hills to the bridge height, but nothing we couldn’t handle on the Brompton – yeah for low gears! 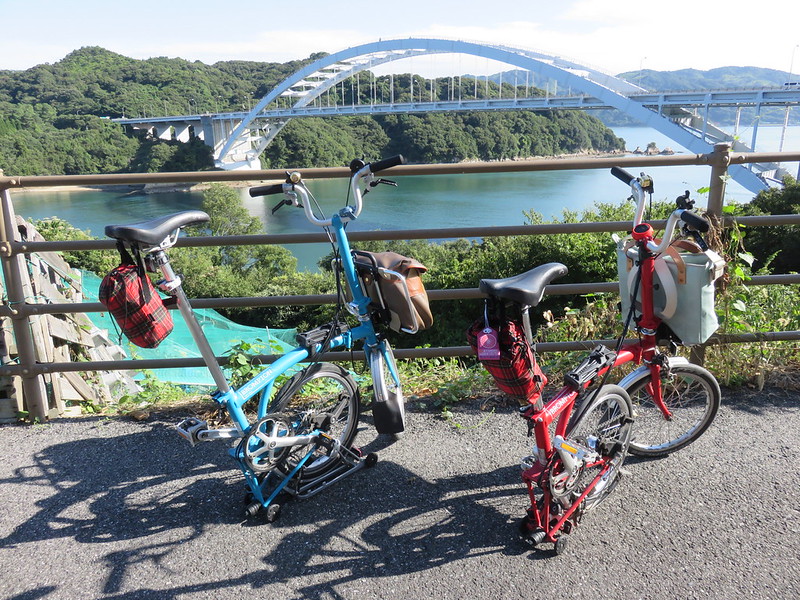 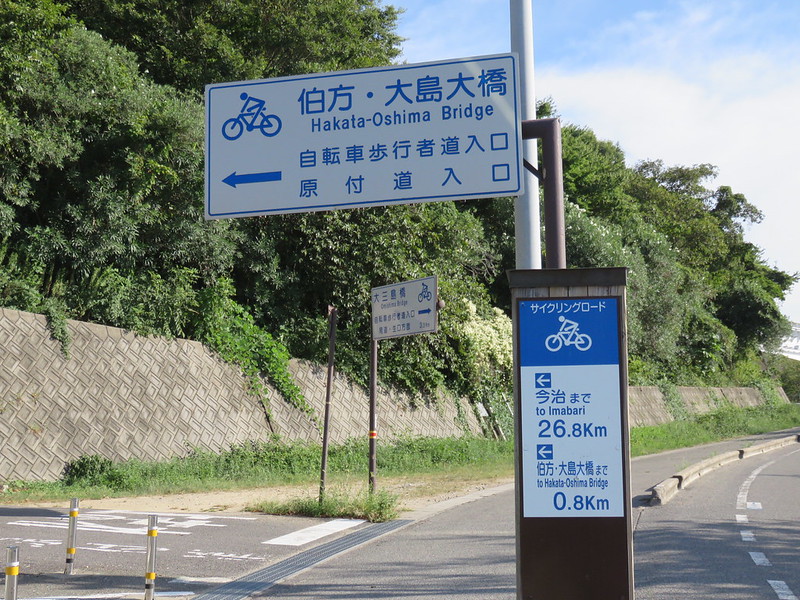 We made it to the last train connection back to Kyoto… weph! Given the temperature was suppose to be 30 that day we were pretty tired… and pleased to see the train station (oh those last 4kms!), and buy ekiben! It was certainly great day on the bike! 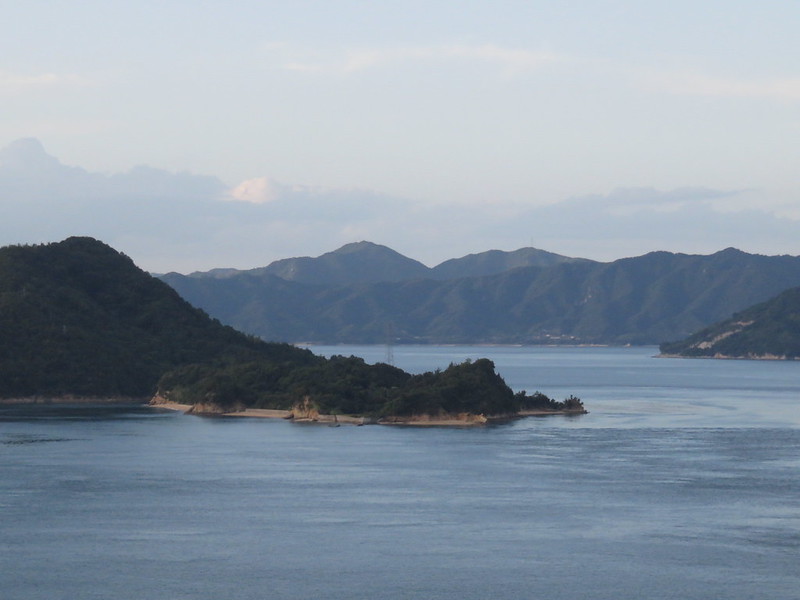 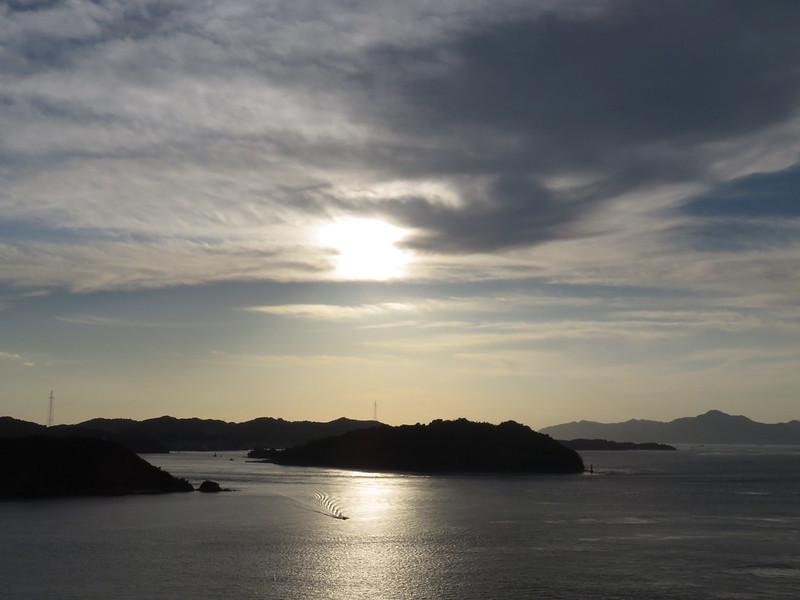 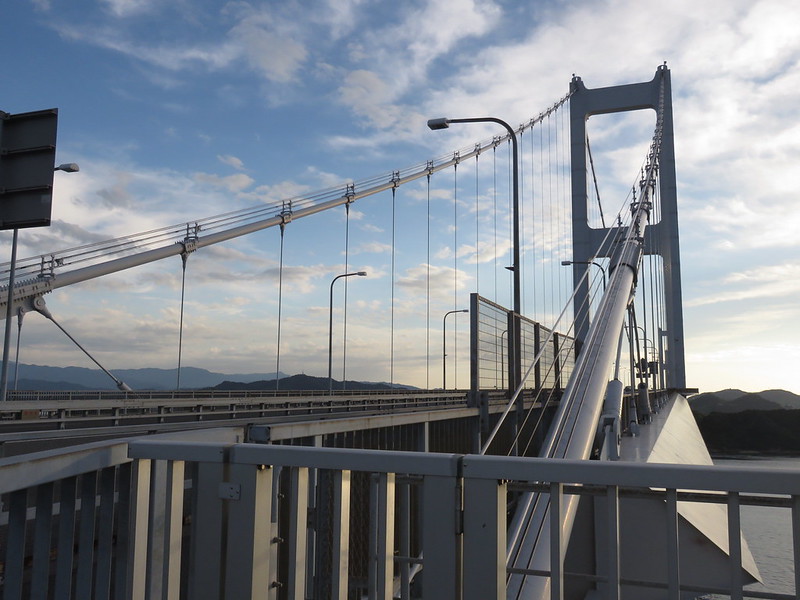