It’s not my favourite part of going on holiday – but the movies on offer can be a good distraction. Especially when travelling with JAL there are many options.

One of my favourites was Destiny: the tale of Kamakura. Fantasy set in popular seaside town to visit, featuring Enoden (Enoshima Electric Railway). There are places I recognised visiting from watching the film. Here is a popular photo spot which features in the film. I understand it also features in other manga, and tv show from Korea. 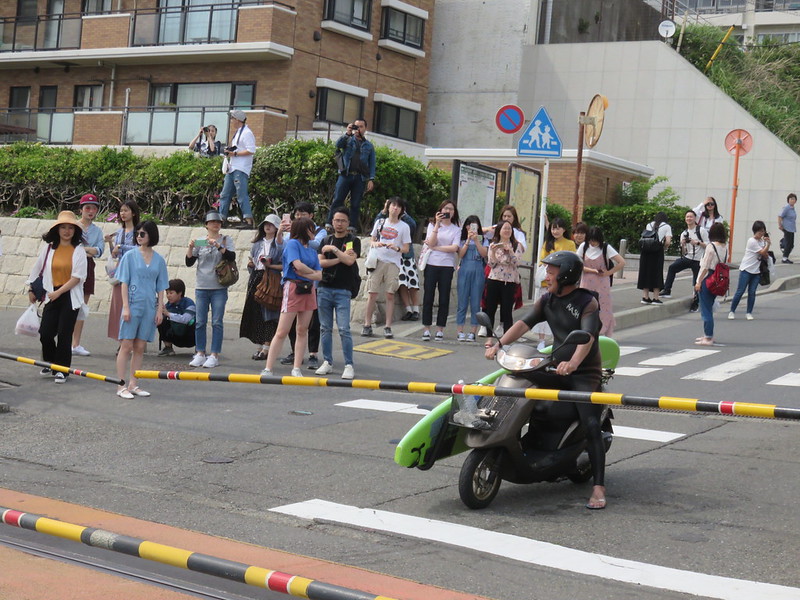 A view from the station 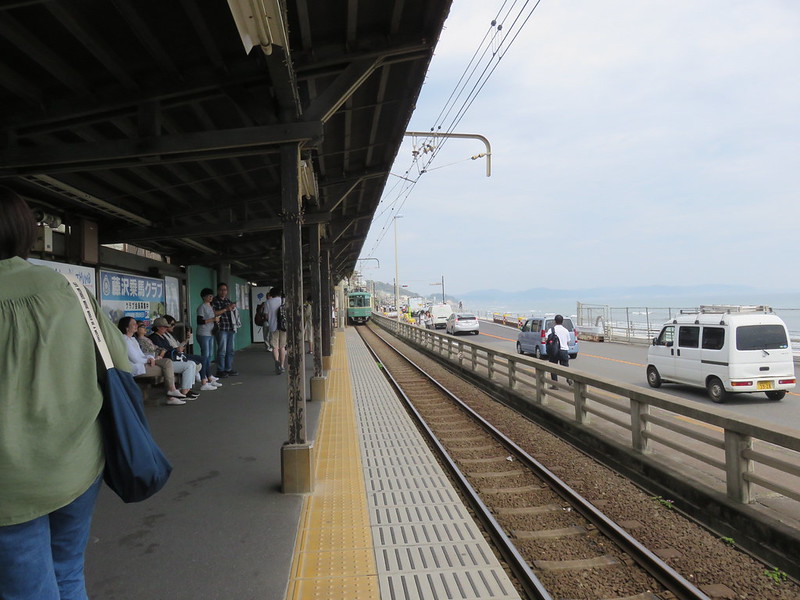 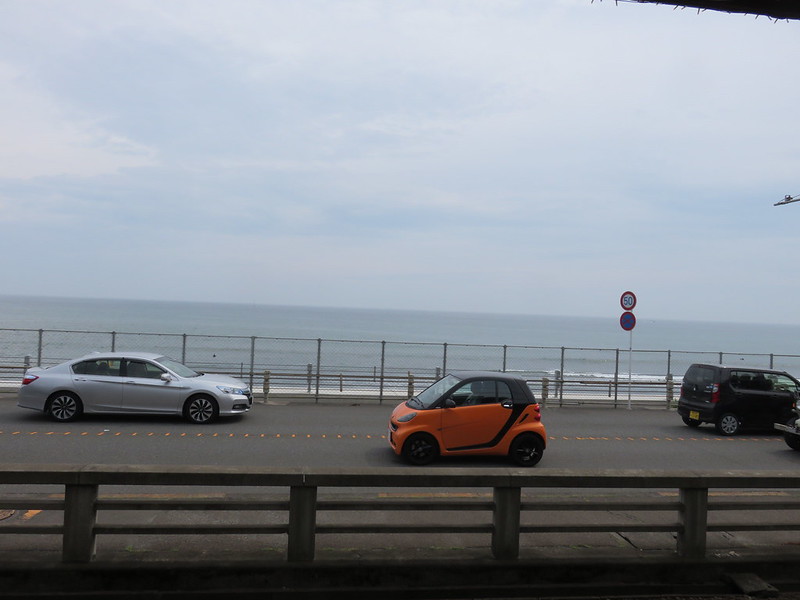 I also watched, We make antiques, Tremble all you want. All good Japanese films!

Will send another post when we get to Shanghai airport before coming home.

We have loved being in Japan.

Here is a picture of the traveling trio.

Here we are playing with Photobooth on our Hackintosh. The camera ain’t too bad. There is on an endless loop of a chinese cartoon about swine flu which extolls the virtues of blowing your nose into paper to keep the swine flu that comes from America away. Plane leaves in 30 minutes it’ll take about 3hours to get Tokyo. We are looking forward to the change in pace!

This proves we made it on the plane. The journey was pretty uneventful (apart from the turbulence for around an hour..ug). Checking in was a long queue for nearly an hour, where a number of people where repacking their cases in the middle of the floor. Thankfully I can say I pack neatly compared to a number of people on that flight!

Thank-you to the person who mentioned the nose cone camera view available on the in-flight movie system. Apart from that entertaining viewing at night time, I occupied my time by watching Over the hedge, the Bee Movie, and Lost in Translation, and reading one of the manga novels purchased in Sydney. Top films available on Air China! Sleeping, well that was optional, as it always is on long flights. Food was good – decided to go the Chinese option for breakfast, which was a rice dish, with mince pork.

Apologies for stopping short with the last post. Anyway…

After the last bag check you are frisked again (females and males separated), then you can get on the plane. Once you understand it – it makes perfect logical sense.

Although there is no entertainment available on the domestic flights, I must say that thus far the flights haven’t been too bad. Okay, now I know that I am not the worlds best flyer (easier option would be to knock myself out I think, based on the sweat produced!), but the food is good too. Just wish the packets of spicy snacks they give were easier to open. Surprisingly after the person next to me couldn’t open them the attendant, whipped out her scissors (?!??!!@#@##…) and cut off the corner!!!

When we reach Mumbai airport, we had 5 hours to kill before our flight to Aurangabad. Thankfully there were at least 8 free newspapers to read. I made my way through the majority of them, within the first three hours. Anyone would of thought that I was starved for reading material while on holiday, and had not heard any of the latest news events. But to tell you the truth, on the TV the main issues in India so far have been India’s potential for the World Cup, train bombing (occurred just before we left) and the Holi festival. But there are better things to watch – like Indian music videos!

Activity in the airport is much like any other airport. If you are ever in the domestic area of Mumbai airport – do not use the internet cafe. Grab all the free papers available and read them It claims to be broadband… but it doesn’t work well (read next to useless). 2 out of the terminals are offline. 1 is for the staff to use when not talking to each other and drinking tea, and they are incredibily slow, and is a rip off at 30 rupees for 30 minutes.