Just over 24 hours was spent in Kyoto. We had been there a number of times previously and since it is the location of my favourite breakfast in the world, I couldn’t go past staying. We arrived by train, the. lugged our luggage for 15 minutes+ to where were were staying a couple of blocks from the train station. 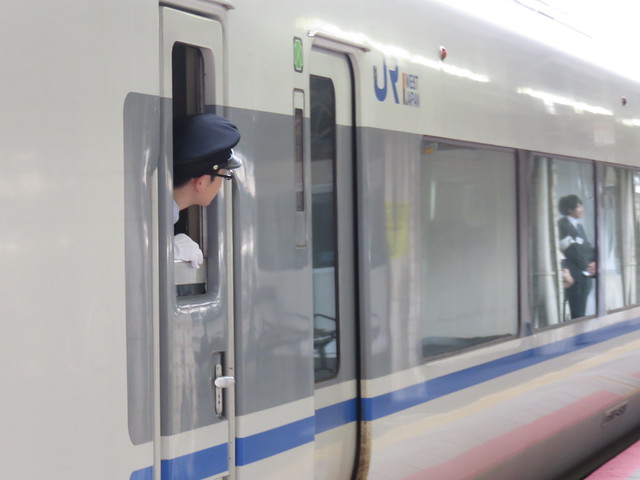 Since we had been to Kyoto on every trip to Japan there was nothing we “had” to visit.  Once we had reached our accomodation, the bikes were unpacked and we decided to head towards the silver temple and see what we could see.

Not long on the bike we soon came across people building a float for the Gion Festival. The shops along the street were on sale and had tables outside. 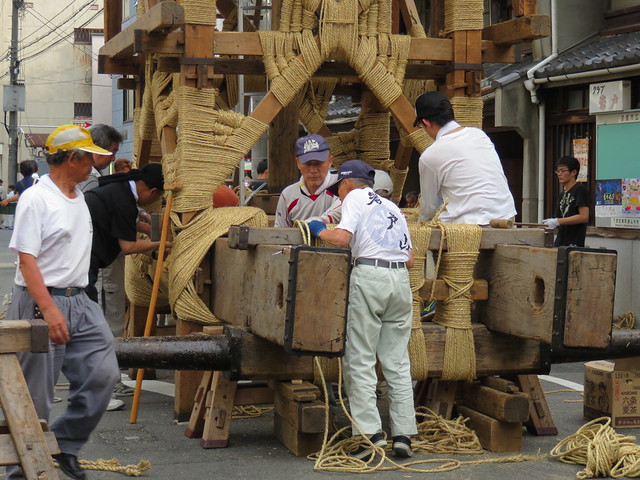 We took advantage of this and ventured into one shop bought a few gifts and enjoyed an ice cream. 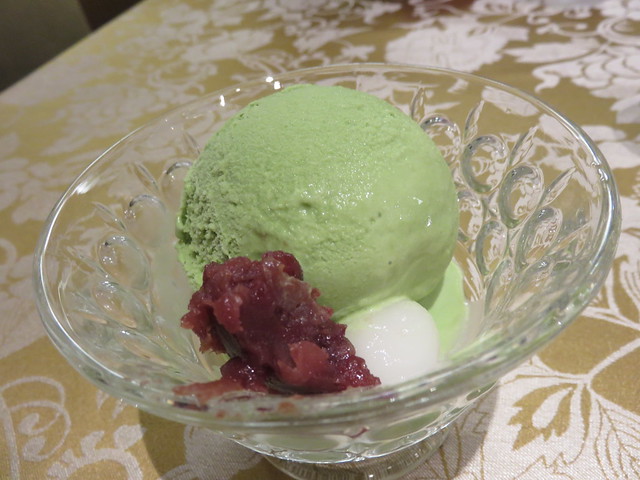 After breifly cooling down, we then took some back streets. There are so many interesting things you see as you ride, unfortunately you don’t always have the time to stop and take the photos – just enjoy the experience. 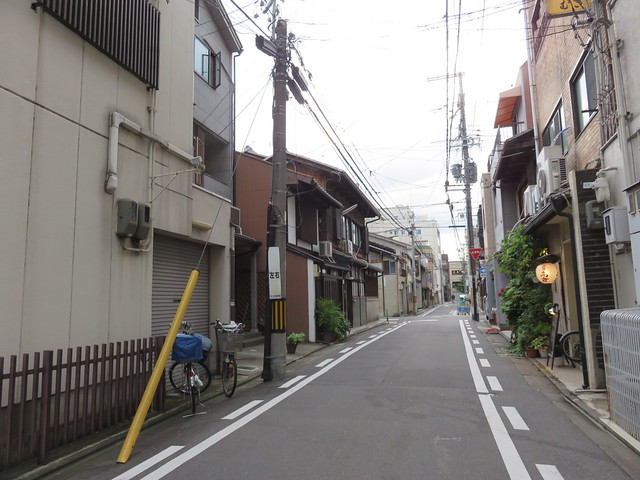 We came across a bakery, and just had to stop. Kym selected a couple of items and we continued on our way towards the river.   We stopped and enjoyed the pastries (not as good as home!), the scenery and watching people as they passed by on the warm late sunny Sunday afternoon. 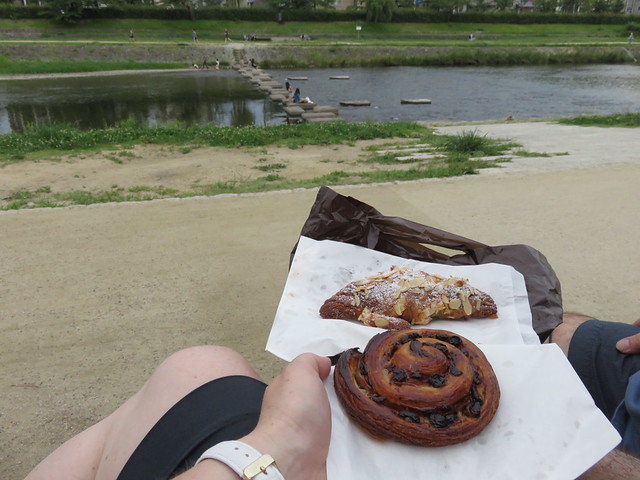 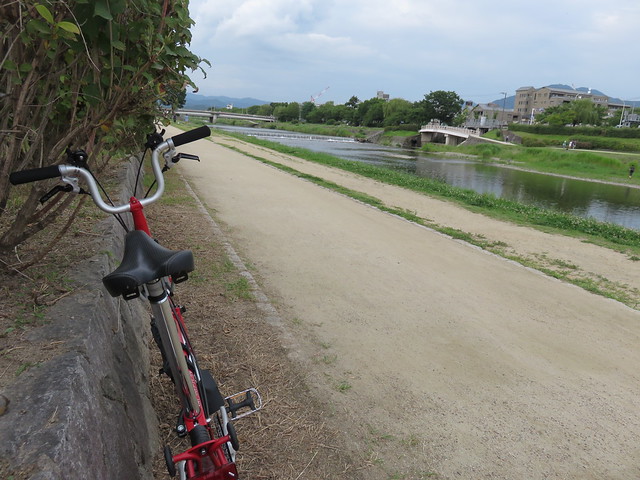 After following the course of the river for some time we then we followed a road towards the silver temple.
The road to the silver temple is steep, thankfully given the time of the evening there was no one walking up. Here you can see our bikes parked outside the entrance to Ginkakuji (silver temple). 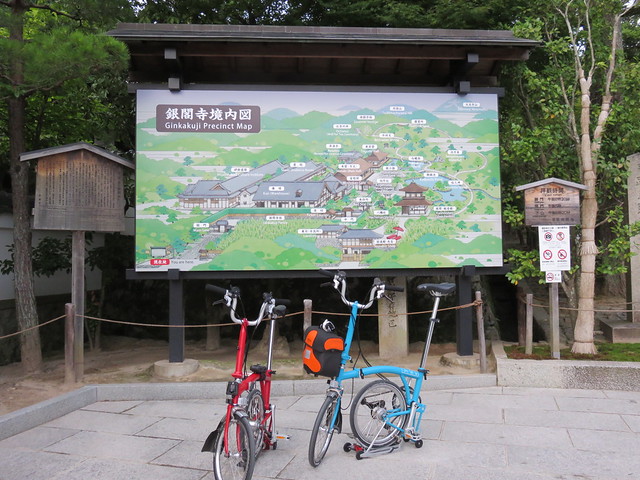 After taking a quick photo and drink break (yeah to drink vending machines), we were asked to move our bikes as the security guard ws locking up, and we dutifily complied.  We then took the philosophers walk path which goes along the bas of a number of temples in Kyoto.  It was quite a difference experience cycling a road at dusk which we had previously walked. 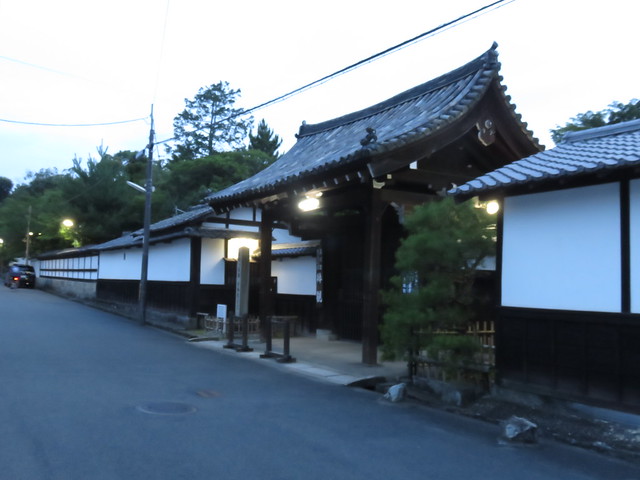 It was a truely great experience cycling a road we had previously walked which was bustling with tourists when we were last here in November. We cycled past all the closed shops and the traditionally designed Japanese buildings which were unusually silent. If you have visited Kyoto you will be familar with these streets, as they led up towards the large wooden Kiyomizu temple. 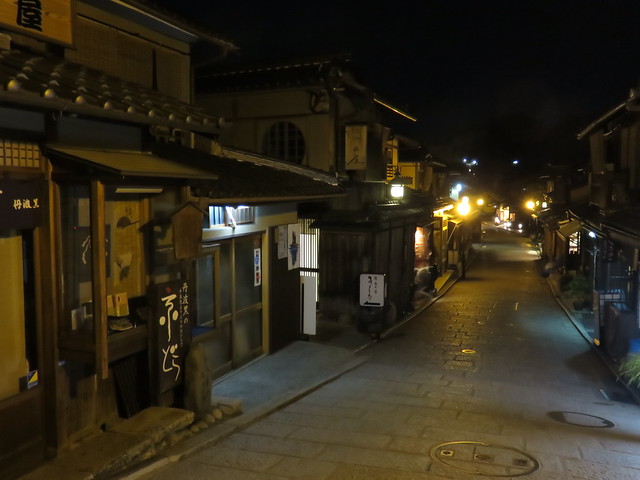 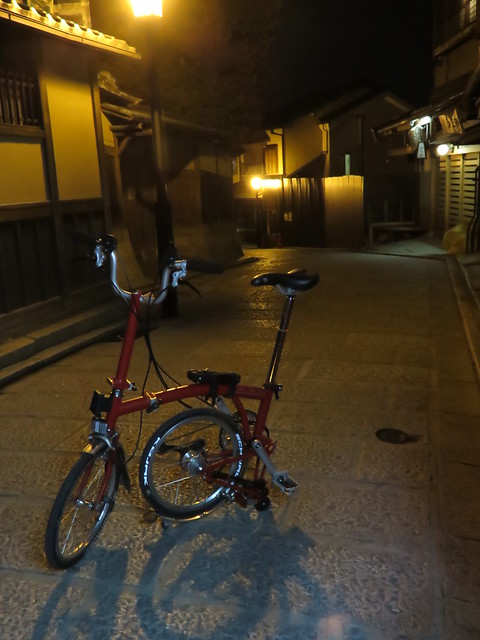 The last photo is not the best, but you’re can see the wooden temple in the distance.  It was taken at the top of a very step climb. When we stopped, a group of security guards in a building on the corner who gave us a wave at our efforts. It was a great evening on the bike! 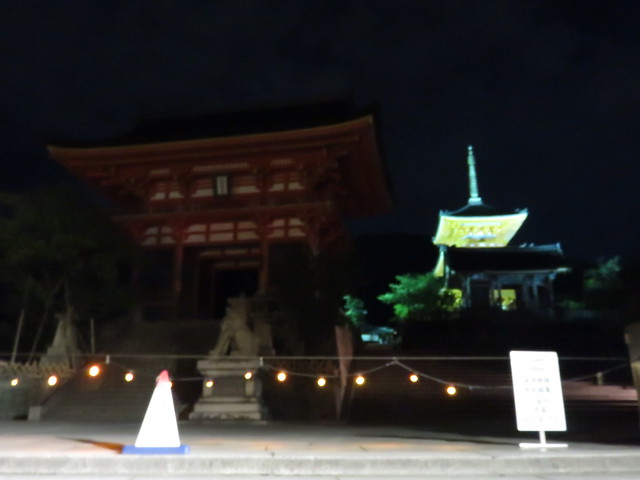