I won the female category in the endurance race, at the Japan Brompton World Championship 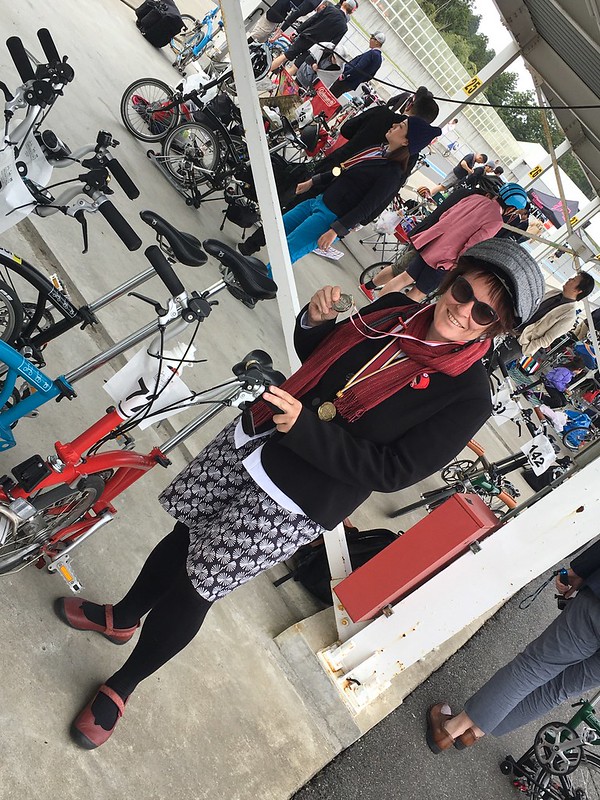 Believe it or not. Here is the proof. I did the most laps and fastest speed. 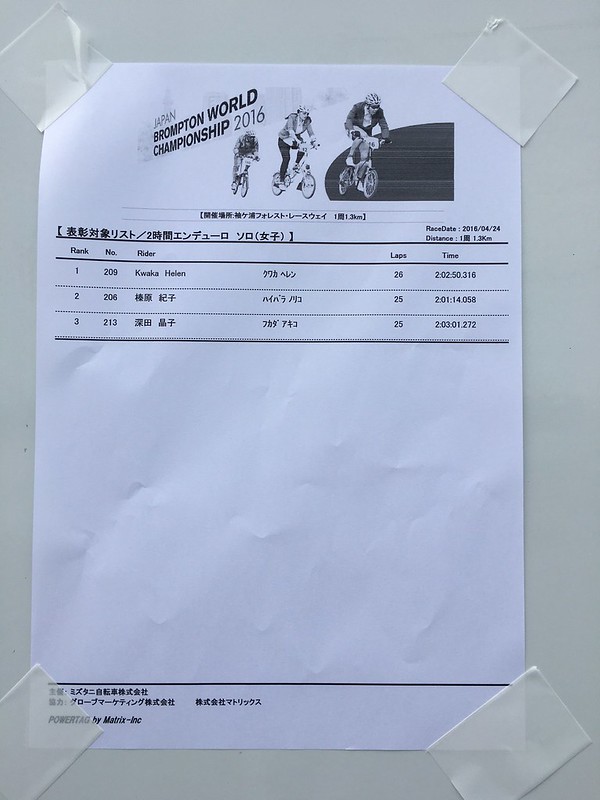 The endurance race involved competitors cycling on a car race track for two hours. The track it self was undulating. Had a few great downhills… But the uphill section could really take it out of you. I know this as I started off the ride too hard, for the first lap, which then exhausted me for the first couple of laps. Kym suggested at one point (around the 45 minute mark) we could go in take arrest, or only use one tag. Thankfully, we didn’t and stayed out there.. just going round, round, and round the track. I will acknowledge I had no idea I was winning until I was told with two laps to go I was in the lead of the female solo riders. Nothing like that type of news to keep you going! When we finally crossed the line two hours later, I was really pleased to get off the bike.

After the race, as you have just got off the bike, every participant received a medal. The medal for the endurance race was silver, and gold for the Race. At the presentation ceremony each of the top three, received a Brompton prize, and mine was a bag. Woo-hoo! Not bad result given cycling 40+km the day before. 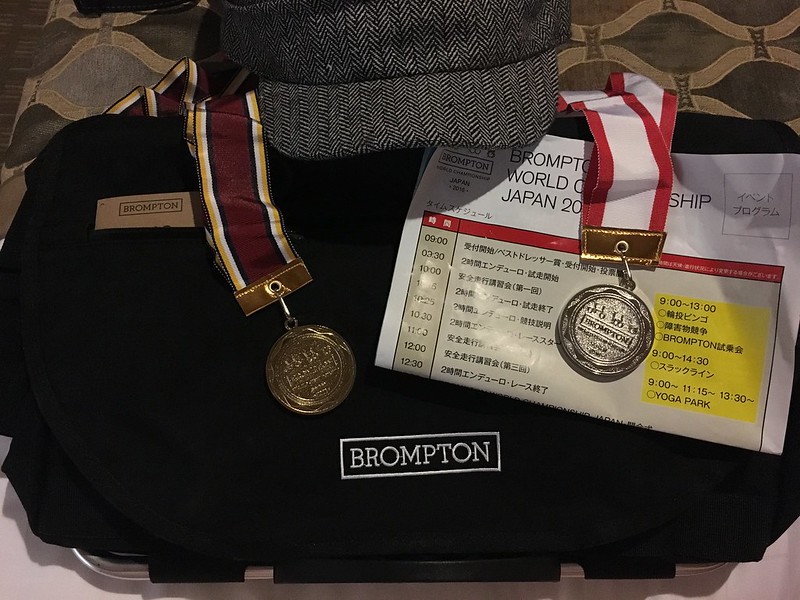 We had a really great day. It was good fun, and we met some great people. 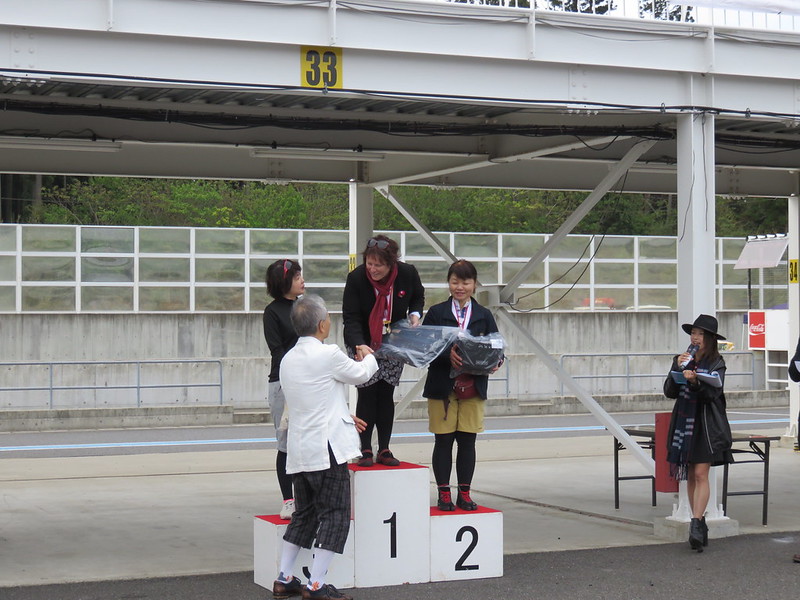