Yes folks the “European heatwave” has reached Warsaw. It’s somewhere between 32-29.  The heat is not as oppressive as home, and the shade is quite nice. Tomorrow it’s suppose to be around 33/34 so we will stick to museums.

Today has been a cycling day around the old town… and the older town.  A lot of tourists about.  We’ve had some nice iced coffee and iced tea – and red current cheesecake – yummo!  Which has sustained us so far.   About to cycle through Praga, a suburb on the other side of the river in Warsaw. 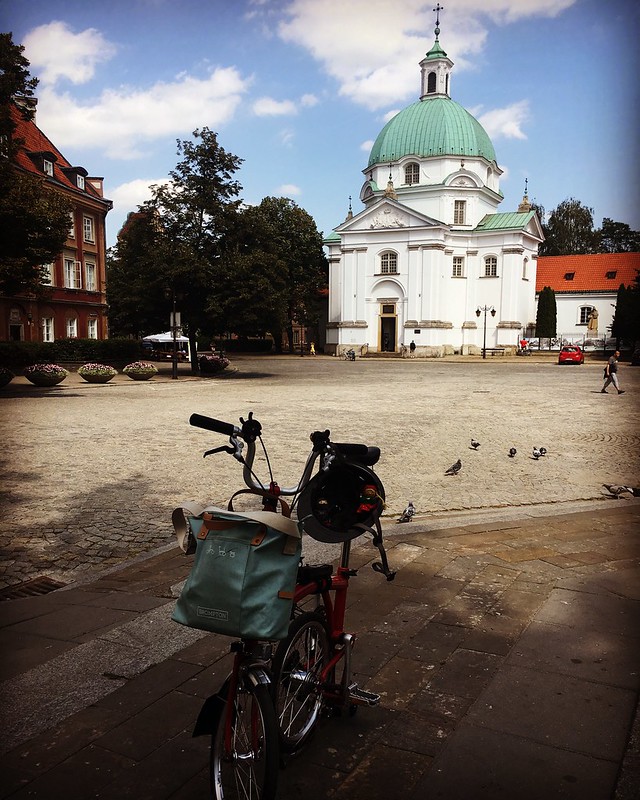