Awesome!  It’s great because the bike fits me, and I know how it performs.  Usually on holiday when you wanted to cycle you spent time trying to understand the bike share system of the city… (app, credit card whatever system) and hopefully the bike you picked would perform ok, but adjusted to your height etc. At least this way we are in control- if we get a flat we can fix it. 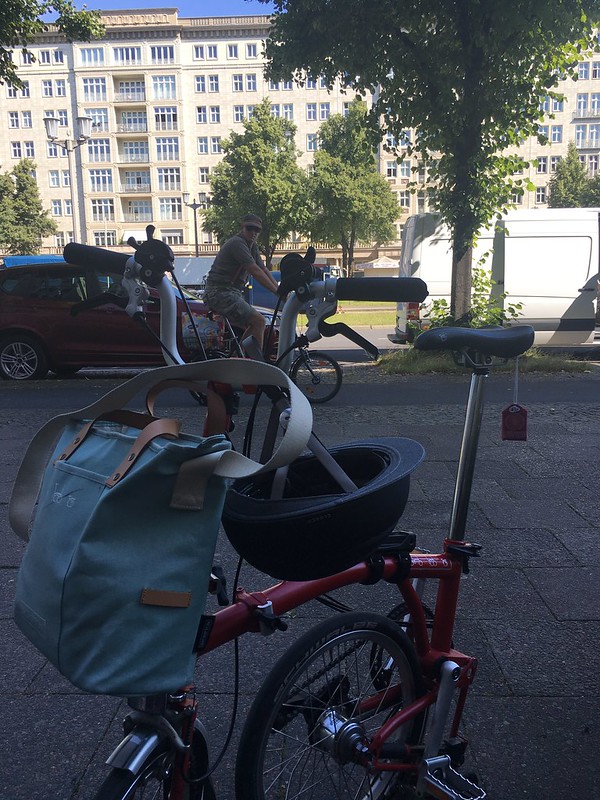 Little did I know, but this tyre was flat when I took this…. we had stopped for coffee.

Have we had a flat tyre? Yes. So far we’ve had a flat in Berlin, and one in Warsaw.  I blame the large amount of glass on the roads, footpaths, bike lanes!  Thankfully we brought a three spares – but we bought a couple more yesterday after getting the second one – not wanting to tempt fate. On the bright side the shop was literally on the same block as our hotel – magic! 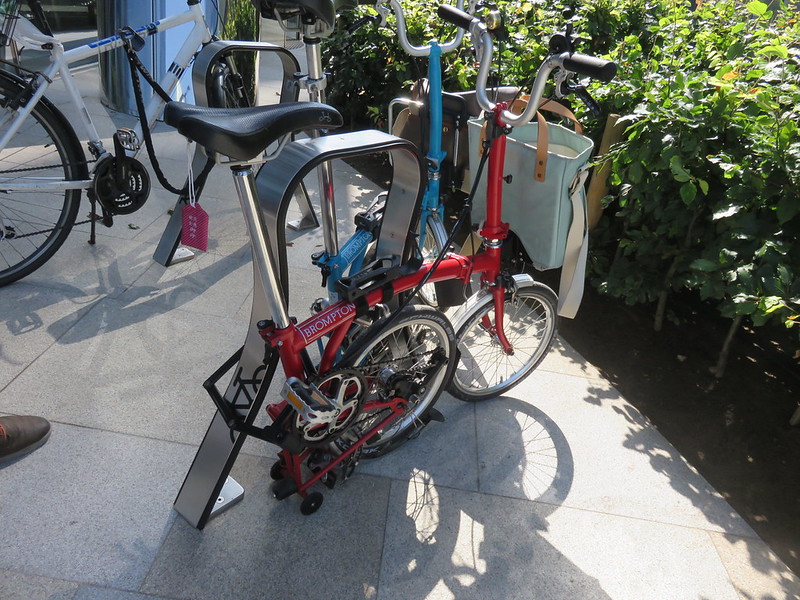 Are there any downsides?  Probably the size of the suitcase – which isn’t a problem itself. But pulling it over cobblestones is annoying to say the least. There is also the lack of storage space on trains, because you really can’t lift them to be placed above your head.