On a sunny, Sunday when in Gdansk you could go to the crowded streets (and I mean streets, as practically every street had something and lots of tourists) and look at stuff you don’t need (St Dominic’s fair) or go look at walls in Zaspa. Which do you think we chose?

Zaspa is a sprawling 1970s housing project constructed on a disused airfield, and it was the former home of Lech Waesa. 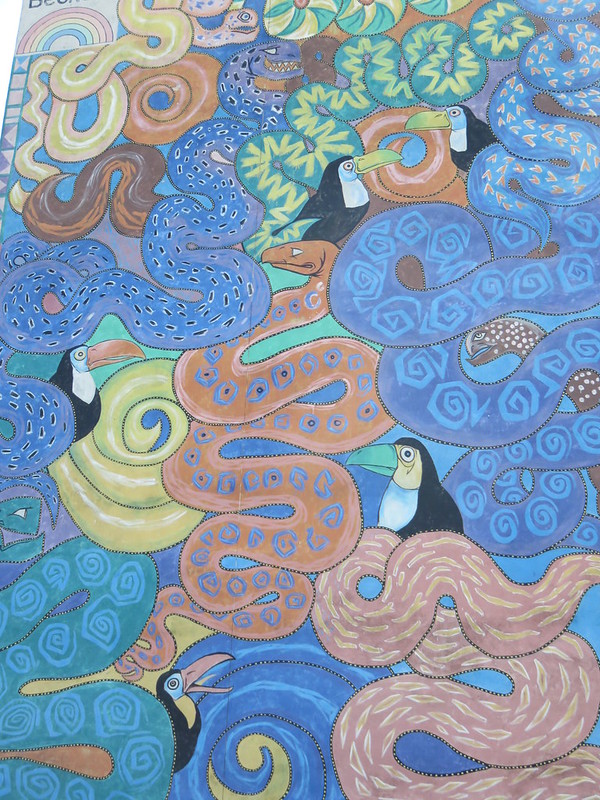 The cycle out to Zaspa was pretty cool (bike lanes are awesome!), and only slightly over 5kms. At Zaspa there is only apartment blocks between 5-8 stories high.  The murals began in 1997 to add some colour- and they continue to be added to each year. 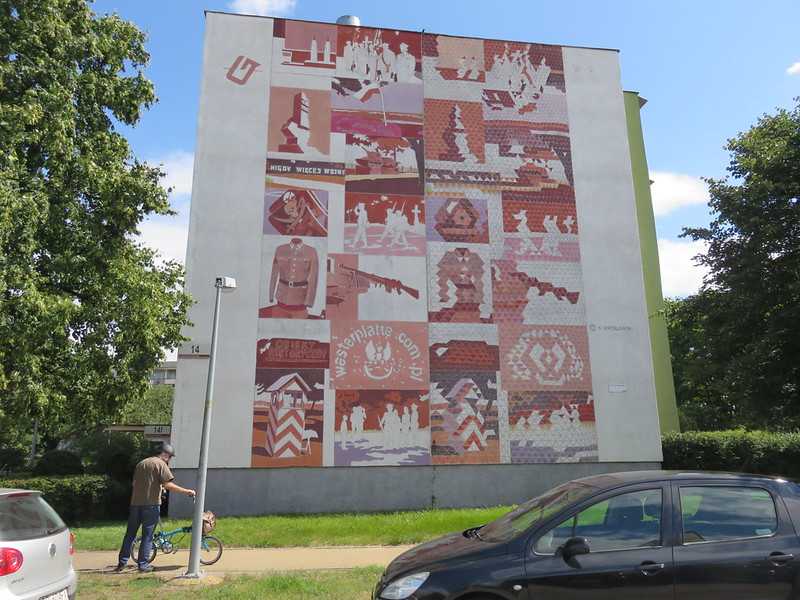 When there you just need to cycle round the different apartment blocks and you can easily see them as they take up the whole wall. It’s a feeling of wonderment as you don’t know what is hiding around the next corner. 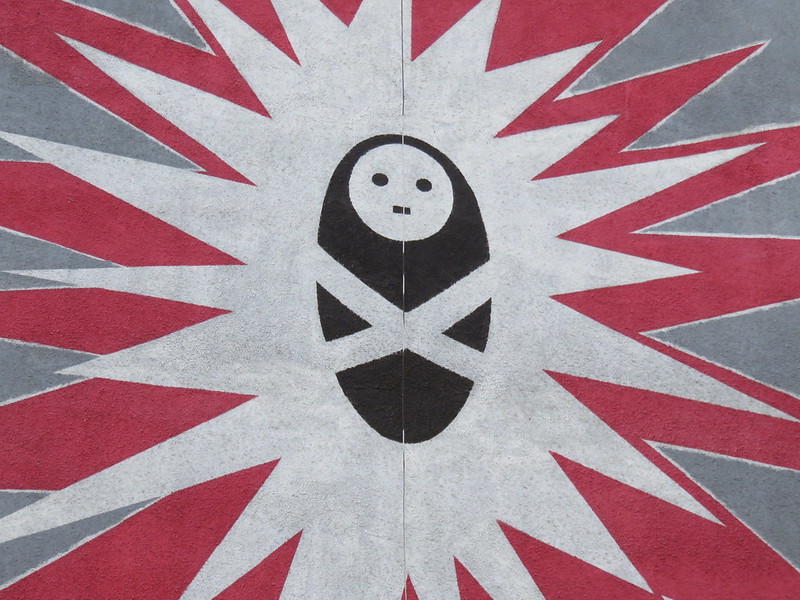 I have to say it’s better than anything I’ve seen.  To see so many together – is great.  It’s great for the community who live there and the art work is treated with respect. 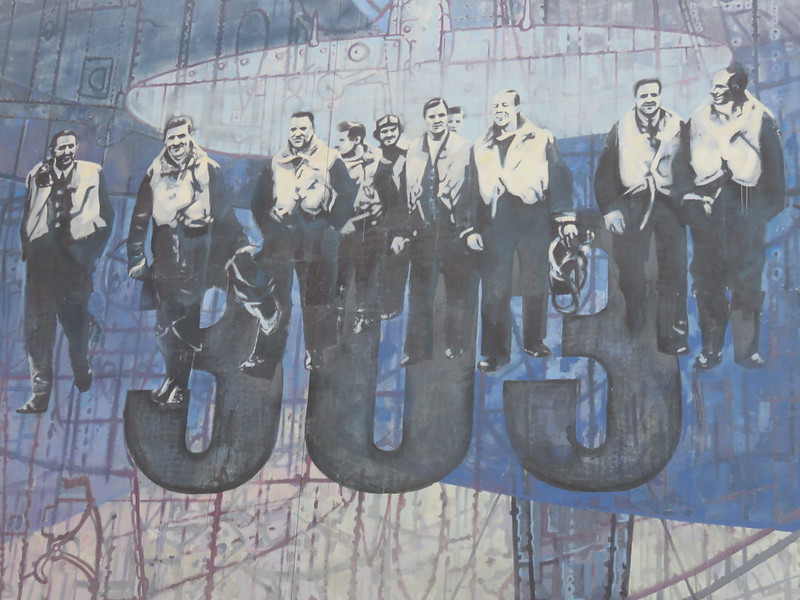 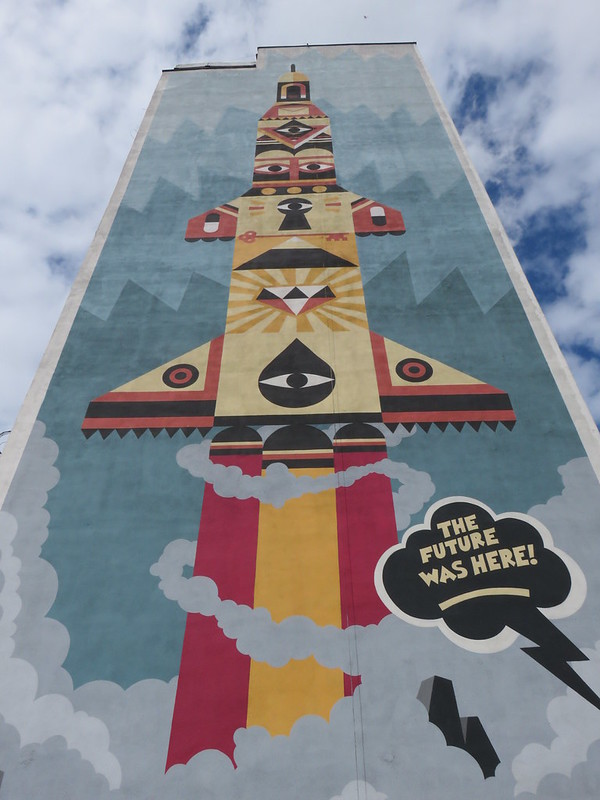 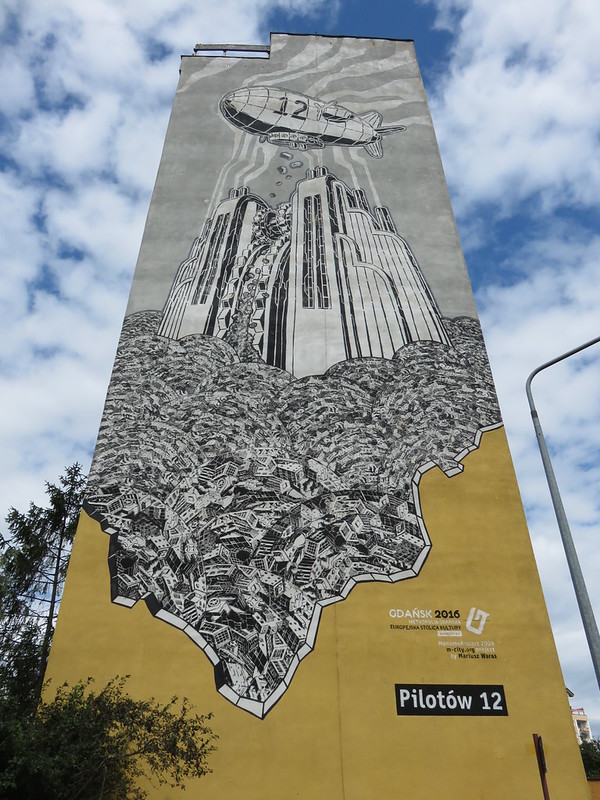 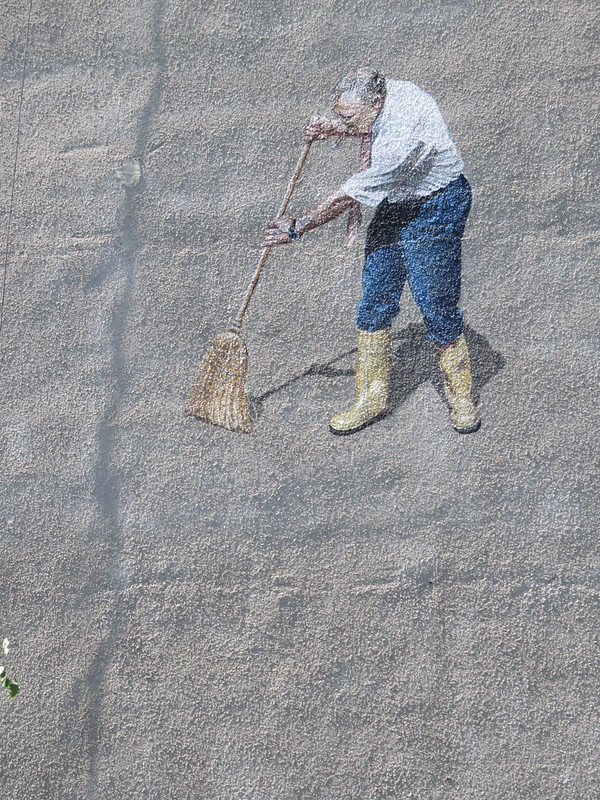 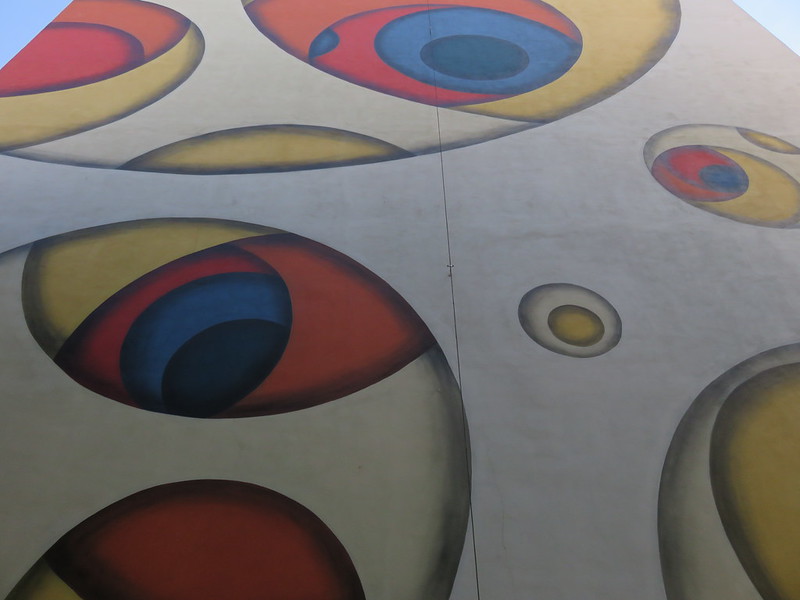 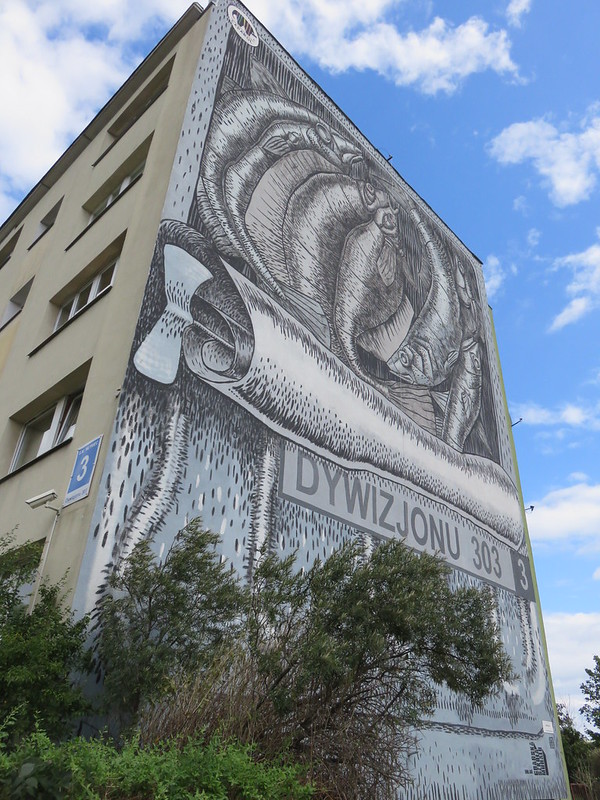 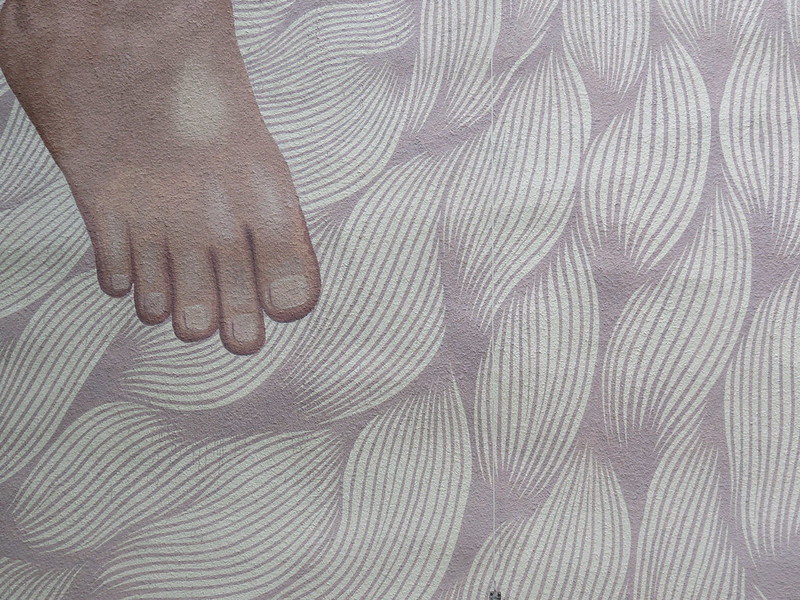 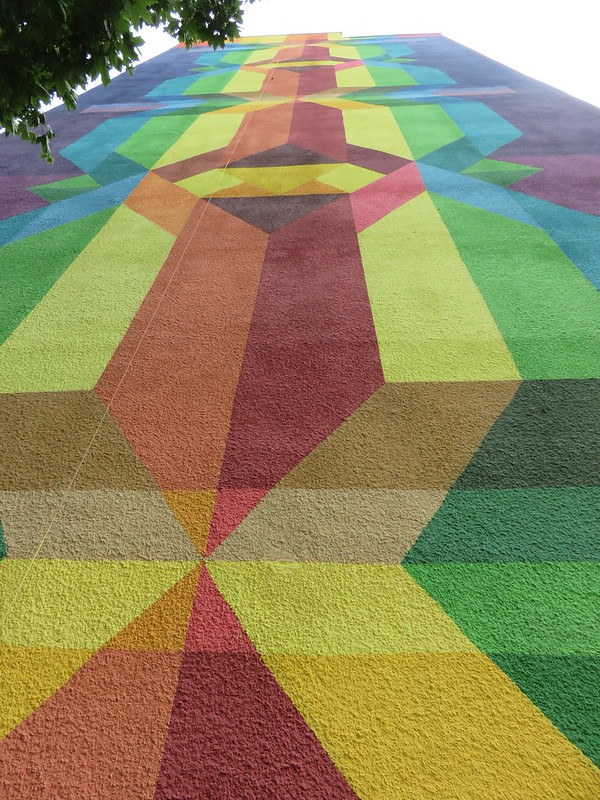 Okay so this next one isn’t painting on walls – but it was in the middle of the housing estates!

Some of the images are politically influenced (not surprising given the country’s history). 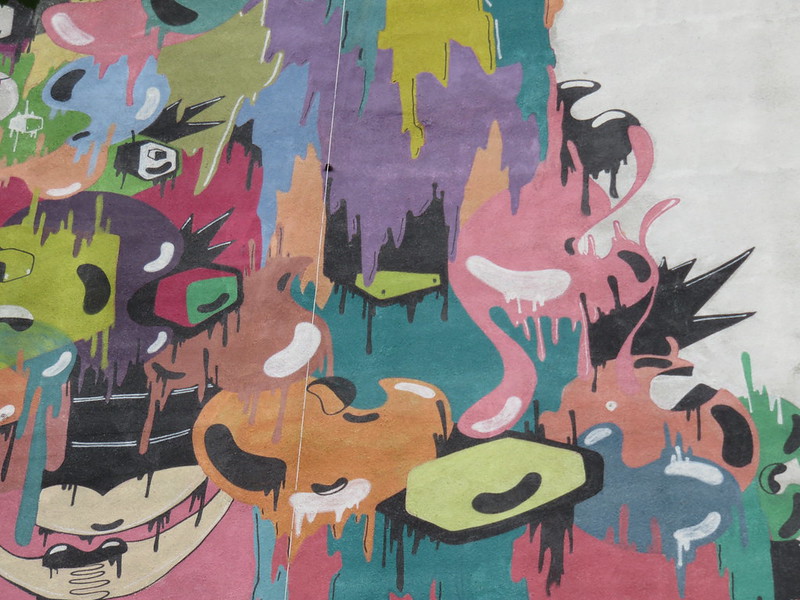 If you are ever in Gdansk in Poland, I highly recommend the trek out. 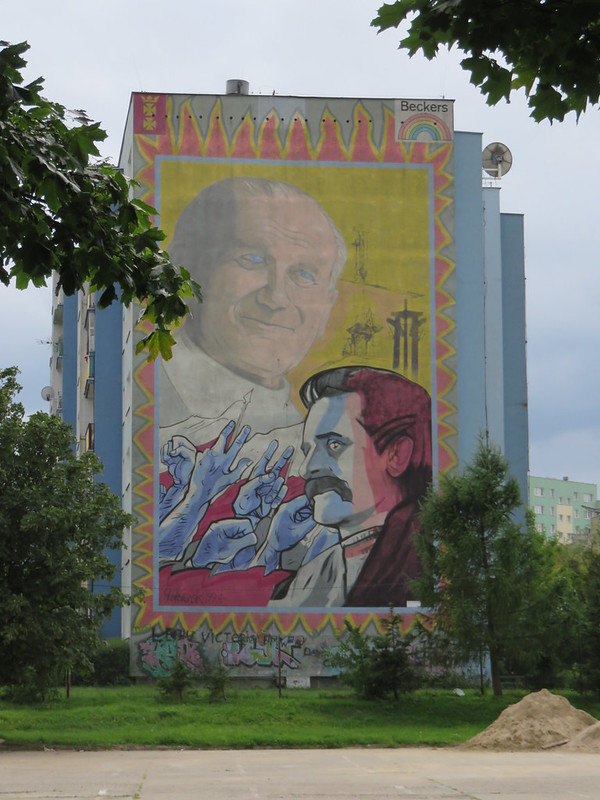